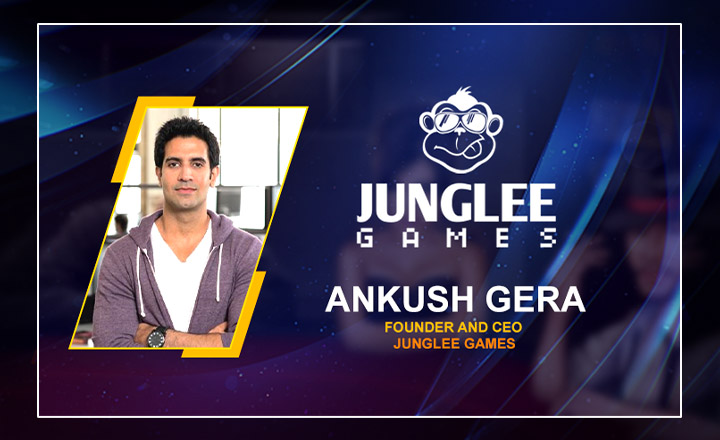 Ankush is the Founder and CEO of Junglee Games. Founded in San Francisco and backed by Bay Partners and other top tier VCs, Junglee is the fastest growing real money gaming company in India with over 10 million users.

Ankush previously founded Monsoon Company, a boutique software company that was acquired by Capital One.

Ankush is a limited partner in funds Metastable, Upshift, Tandeme, Kae Capital and a Venture Partner at Unshackled. He is on the board of Kunai, Kintohub and Rainfactory and is an active angel investor in startups like Lottery.com, SVAcademy, Back to the roots, Cloudability, 15five, Inc42 and the Gravity Group.

Eventus: Give us a background on you and Junglee Games, how you got started and became a well known gaming brand in such a short period of time?

I was fascinated by the skill involved in games like Poker from a very young age. This is before it became popular in the US due to WSOP.  But I had started a company right out of college called Monsoon and Monsoon, a boutique software company became an amazing business – we did end to end strategy and design for everyone from Microsoft to HP to Yammer.  Eventually Capital One, a client made an offer to acquire Monsoon in full.

At that time, I found the time and headspace to focus on investing and working on a products company.  During the Monsoon days we had acted as our own incubator/fund and tried many things that didn’t work.  But right around the time of its acquisition, I wanted to chase my passion. It all started as a one man show and a side project.  When we launched our first skill game for the Indian market, we were 6 years late to the party and competing against large, well capitalized and profitable companies.  But I had this lingering feeling that a better product, and a strong culture tends to win.

And that’s exactly what we’ve done. From 2013 to 2019, we’ve doubled in revenues and headcount every year. We’re now a few hundred people across 7 different countries and one of the fastest growing gaming businesses in India topping triple digits in revenue.  And we’ve done this on a shoe string, largely self funded budget.

The fundamental reason behind the success we’ve experienced is the team and culture we’ve built.  We’re a team of extremely passionate individuals who crave learning.  We operate on a strong set of core values and put data before everything else. We’re probably the only Indian company with neuroscientists helping us build the next evolution of games.

Eventus: What do you think the Indian gaming industry will look like in five years?

It will be a massive opportunity and one that will continue to drive capital, resources, revenues and excitement in India.  The skill gaming industry in India is growing at a 100% YoY, at a fairly large scale. We feel that that growth will continue.  We’ve gone from an industry worth $20M to an industry worth $500M in a very short span of 5-6 years. And most of that revenue is driven largely by two games, Rummy and Fantasy and a handful of operators.

We’re all aware that the unregulated market is in the tens of billions which we can hopefully with local and international efforts, turn into a safe regulated industry.  There is no surprise that there are a billion of us in India and we love to play games of skill.  So there is a massive boom and a massive opportunity ahead.

The expensive data, expensive smartphone problems have all been solved.

What India hasn’t produced is a global hit but it has produced many domestic hits like Rummy.   And in the next 5 years, a global hit is also in the making.

At an investor connect recently at GDC India, I was sharing with the press that the energy in the room is so different, so much higher than all previous events.  People are excited about gaming more than ever. Indies are taking the bets to build amazing IP.  The quality of games being built “now” is starting to match the Fortnite and PUBGs of the world.

Eventus: If you could change one thing about the industry, what would it be and why?

I would like to see all operators work together towards responsible gaming which is an initiative we are leading with TRF and others are with the IFSG and other governing bodies.

I’d like every operator to think about the long term versus making a quick buck, operate responsibly and put players first.

I’d like the government and tax departments to make and continue making sensible decisions that support and encourage the growth of this industry. The regulatory environment has generally been supportive as well.

Eventus: What advice would you give an indie developer, starting out in the Gaming Industry?

This advice would transcend the subject of gaming.  I would give this advice to my own younger self or other young individuals regardless of their career choice in gaming.

Which is operate from a place of love and not fear.  A lot of decisions you make – holding on to someone who may have really good skills but isn’t an ideal culture fit, trying to be efficient with spends and operate in fear of running out of funds versus pressing on the gas and having the confidence that you’ll go out and raise capital, build a better team and make the right choices.

Lead and operate with love.

Eventus: What do you think is the most significant barrier for new small developers in the industry, today?

It is and always has been 1, capital and 2, opportunities for academic and hands on training.

While looking at deals to invest in, we meet so many developers in the 1-20 man team size and while they are passionate, they have very little training in what I call the blueprint of any tech/product business.

Data science or the focus on clear KPIs – the number of studios focused on these is few and far between.  Gaming academies are training on beautiful art, animation and code but a game or any product is only 1% of the work.  The secret sauce and success and the other 99% is all execution.

But that’s where I hope both larger operators like Junglee and teams of the new age gaming companies can continue to train and educate the next generation of gaming entrepreneurs on strategies to raise capital, build strong cultures, build data driven KPIs and have a more holistic view to execute and succeed in gaming.

Eventus: Do you feel like new formats of skill games will succeed in India?

Short answer is yes.  I think we’re starting to see a lot of innovation from esports to new formats of skill games.  So far, largely due to regulation the industry has been limited to Rummy and Fantasy.  But that landscape is changing and I see decent growth coming in e-sports as well as fresh IP that isn’t presently an offline game.

Eventus: What is most exciting about SPICE 2019 to you?

Having people from all around the world, wisdom from international operators, responsible gaming practices from regulated markets, and even connecting companies operating within India as competitors and giving them a platform to connect and learn and build an industry, responsibly, together is what I believe SPICE is.

Generally building awareness with regulators, government and media is also something SPICE gets to beautifully facilitate.

Had so much fun and was such a great opportunity to connect with everyone from around the world last year.  Looking forward to a fantastic SPICE 2019.

Ankush Gera looks forward to meeting you in person at SPiCE 2019 in Goa. See more information on SPiCE 2019 and how you can register below.

The two-day event will delve into the impact and opportunities that comes with clear and well-defined legalised gambling. Presentations will discuss investment opportunities in online skill gaming and brick and mortar casinos, effective structuring of foreign investments and gaming businesses, responsible gambling and the player protection and the socio-economic and financial benefits of legalised gambling etc.

Contact our Marketing Director to be secure your company’s space at our exhibition or sponsor SPiCE 2019.

Learn about the Benefits of Bitcoin Casino Affiliation 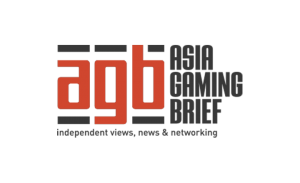 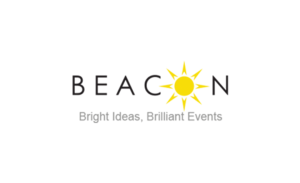 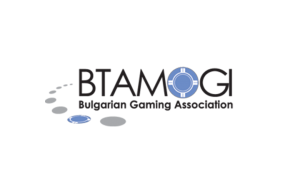 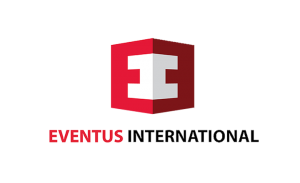 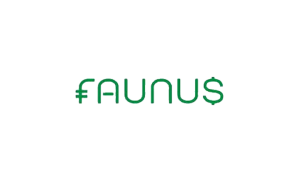 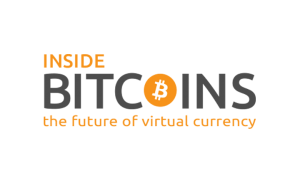 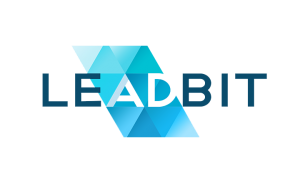 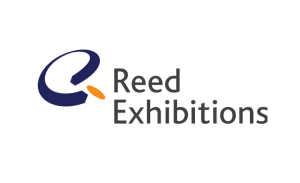 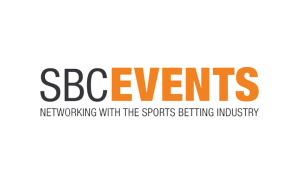 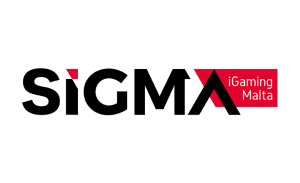 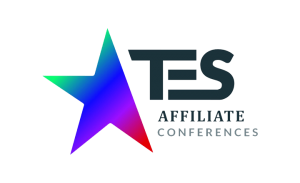 Am I required to register?

Yes. You need to create an account at Bitcoin Casino Affiliates to get your free satoshi. Once you have an account, you can proceed to the next step to complete the simple four-step process.

Do I need to provide my personal details?

You only need to provide your email address and a valid Bitcoin wallet address. No other personal details are needed in order for you to register and claim your free satoshi.

I don’t want to receive correspondence. Can I skip a task to claim the free satoshi?

All tasks must first be completed before you can claim your 300K satoshi free. There are four tasks that you must fulfill step by step until you reach the final task. If you choose to not receive correspondence, you cannot proceed to the next step and therefore not get the free satoshi.

I’ve already selected which areas are my passions and proceeded to the next step. But I want to change my selection. Can I undo or start a finished task again?

Unfortunately, you cannot. Once you’ve finished a task, the action will be permanent. To make sure that you get all the latest news and updates, choose select passion.

How many affiliate programs can I review?

You’re required to rate and review two affiliate programs from the drop-down list to go to the next step.

I’m not familiar with the listed affiliate programs. How can I check the reviews first?

You’ll find the Bitcoin casino affiliate program reviews at the bottom of the dashboard. Click Learn More to be familiarized with the features and offers of each affiliate program. When you view the review, you will leave the Dashboard. But you can return to your dashboard by clicking your wallet address at the top of the page and resume with the current task.

I’ve done the first three steps. How can I claim my free 300K satoshi?

Click the BCA credit card in the last task first then fill out the form to order your new SpectroCoin Bitcoin debit card.

I already have a SpectroCoin Bitcoin debit card. Do I still need to get a new one?

Yes. Getting a Bitcoin debit card from SpectroCoin is required to complete the four-step process. You will receive a 25% discount when you get this card through Bitcoin Casino Affiliates.

What happens when I complete all four steps?

We will verify your account by checking if all four tasks have been completed. Once verified, you will be redirected to your dashboard. We will transfer your free 300K satoshi to the wallet address you used to create your account. Expect the free 300K satoshi in your wallet within the next seven (7) days.

I want to know more about the free 300K satoshi.